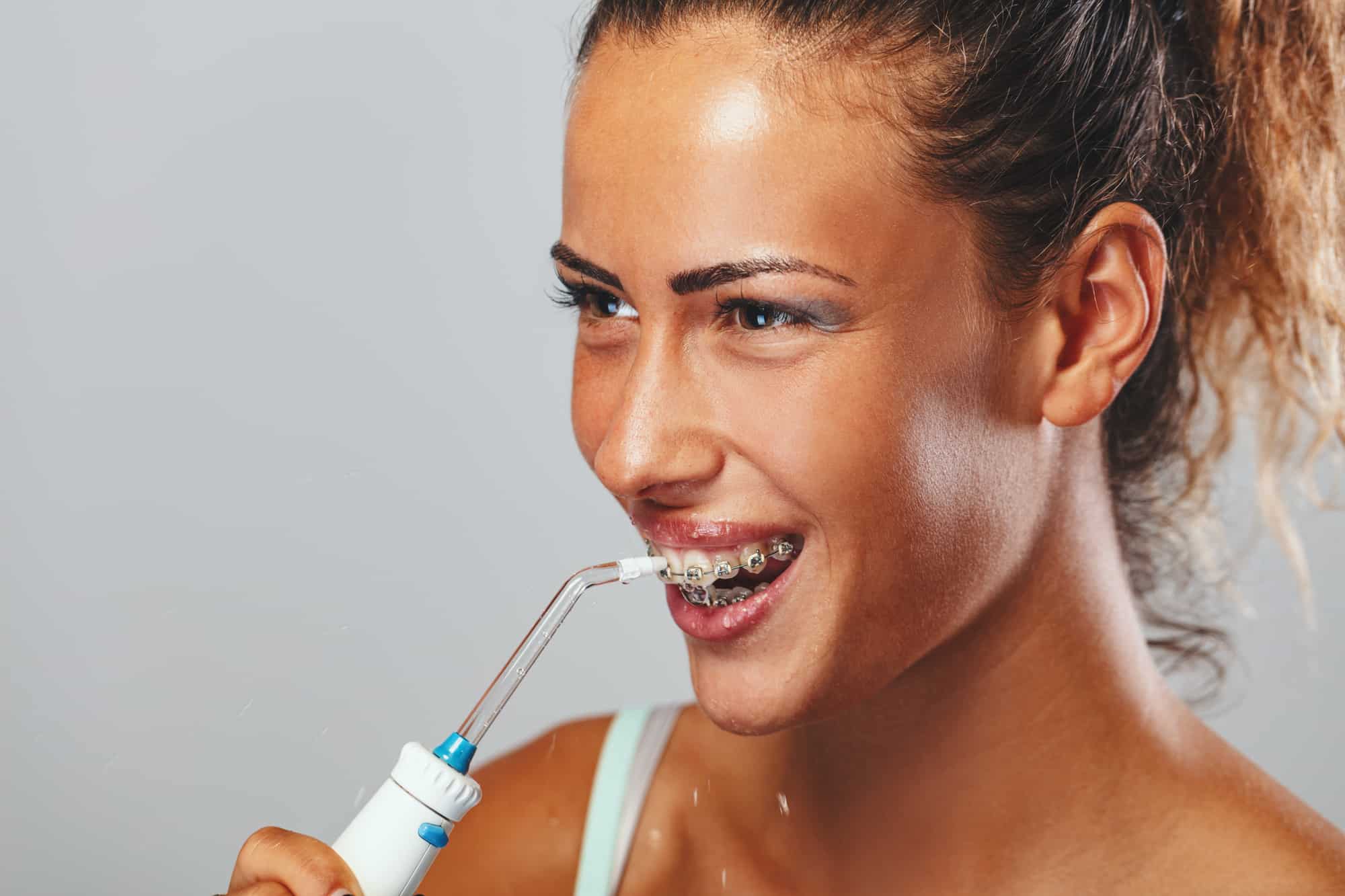 Ever since the concept of dental floss was invented nearly 200 years ago, oral hygiene has consistently been promoted what the concept of including floss use. Unfortunately, the compliance levels with using string floss regularly have been an ongoing challenge in the dental world. Since regularly flossing is something that your average dental patient is reluctant to do, the anxiety that leads towards oral neglect and skipping dental appointments increases.

Why Are Water Flossers So Good?

A water flosser is certainly able to outshine string floss in many key areas. The core idea of a water flosser is to use the flow of water to remove biofilm and to dislodge food debris and plaque.

Check Out: Best Water Flossers Under $50

A water flosser is also able to reduce inflammation of the gums and prevent oral diseases by flushing away the bacteria responsible for oral infections and gingivitis. Although the water flosser might seem comparable at some points with traditional string floss for eliminating bacteria in the mouth, it does have some key advantages and an extra dimension of plaque removal.

Water flossers have an edge when it comes to interdental cleaning because the entire principle behind oral hygiene is to reduce the amount of bacteria buildup in the first place. Although string flossing can be used to reduce plaque that is already begun to build up on teeth, using a water flosser helps to eliminate the bacteria that leads to plaque increases in the first place.

Therefore, selecting a water flosser over traditional string floss allows the user to nip bacterial and plaque problems in the bud before they become significantly impacted within the mouth.

What is a Water Flosser?

A water flosser is designed for high-level dental care at home, and as the name suggests, seeks to substitute for string flossing in your traditional dental care routine. Although there are many brands, sizes, and styles of water flossers, all water flossers will have the same basic functions:

Generally, the motor is able to provide a pulsating stream of water with variable pressure. This means that you won’t need to worry about only a steady stream of pressure folding over the small gum line and further pushing plaque and bacteria down into your oral cavities.

The wide variances in the small tips not only represent different brands’ attempts at creating the best water flosser attachment, but it illustrates the diversity of choice consumers have When selecting a water flosser.

Food particles are also swept away by the water in a manner that’s far more comfortable and effective than traditional string flossing. Impacted grains such a cereal between the teeth are loosened first by the pulsating actions before being washed from the mouth.

The pulsating action during this process also serves to help stimulate blood circulation through the gums. Doing this strengthens the gums and allows them to have a more robust grip to hold the user’s teeth in over the long-term.

What Do Dentists Say About Water Flossers?

Flossing removes up to 40% of the plaque buildup in your mouth. It’s hardly a wonder then that dentists recommend flossing at least one time every day, but what kinds of flossing are more efficient than others? Since water flossing is able to cover more of the mouth in a quicker manner, what sorts of studies have been done to further support water flossers over traditional string floss?

Evaluations have been performed on water flossers over 50 times since the concept was first introduced in 1962. Various positive clinical findings such as the reduction of gingivitis and lower levels of gum bleeding are supported by the research data from more than 25 clinical trials.

One clinical trial performed in 2013 demonstrated that a water flosser, when used in combination with brushing, was significantly more impactful at removing plaque from various surfaces of teeth then simply a manual brush and string floss were.

Interdental brushes, such as an air flosser, were also unable to perform as efficiently as a water flosser. The air flosser simply didn’t have the ability to flush out plaque and bacteria from the small crevices of the mouth, and it even had a larger risk of pushing some of the unwanted debris further into the gum line.

Who Should Use a Water Flosser?

Although anyone can benefit from using a water flosser, there are some populations that will find it more advantageous than others when compared to traditional flossing. These people include:

Those who have implants and dental restoration work.

Taking adequate care of implants is critical to ensure their long-term survival. Without controlling inflammation of the gums, implants and even teeth are at risk of being damaged or falling out. A study in 2019 showed marked improvements in those who had implant work done and using a Pik Pocket water flosser over those who were given the old string-and-finger method. 62% of the participants with the string method experienced bleeding, while only 33% of the Pik Pocket users had gum bleeding. Gum bleeding with water flossers can also be reduced by using a water flossing with a variable pressure.

Relying on string floss to keep braces and other orthodontic apparatuses clean, especially for teenage populations, can be challenging and tedious. When adolescents between the ages of 11 and 17 used water flossing, not only was brushing compliance higher, but the teens reduced bleeding of the gums by 84% from the initial baseline. This was 26% better than brushing and string flossing alone. The water is able to move around objects in the mouth far easier than string floss could.

It’s easier to use for those who have dexterity issues.

Using a water flosser is much simpler than string flossing since a water flosser demands lesser dexterity. It takes about 60 seconds to fully clean a mouth with a water flosser. Further beyond the initial investment, the only other variable is mouthwash.

As the water flosser can be adjusted to provide variables in pressure, those who cannot easily pour a medicated mouthwash into a small cup or lid can just pour it into the large reservoir for the mouthwash or water. There is also no worry about pressing too hard on the gums with string floss and hurting them.

As people age, it’s generally harder for them to maintain the same levels of cleanliness and hygiene that they had when they were younger. Therefore, older populations can really benefit from a water flosser because it automates the oral hygiene process and makes it a far more streamlined ritual than what traditional flossing provides.

If there is one universal truth to the matter of dentistry, it’s that all people are different in their oral health needs. Personal choice is key when caring about dental hygiene, and it’s important to know your own preferences and requirements that will keep you practicing regular oral care. Since we can all certainly agree that dental health is paramount to a well-functioning body, if string floss isn’t delivering the results you’re hoping for, a water flosser might just be an ideal option for you. 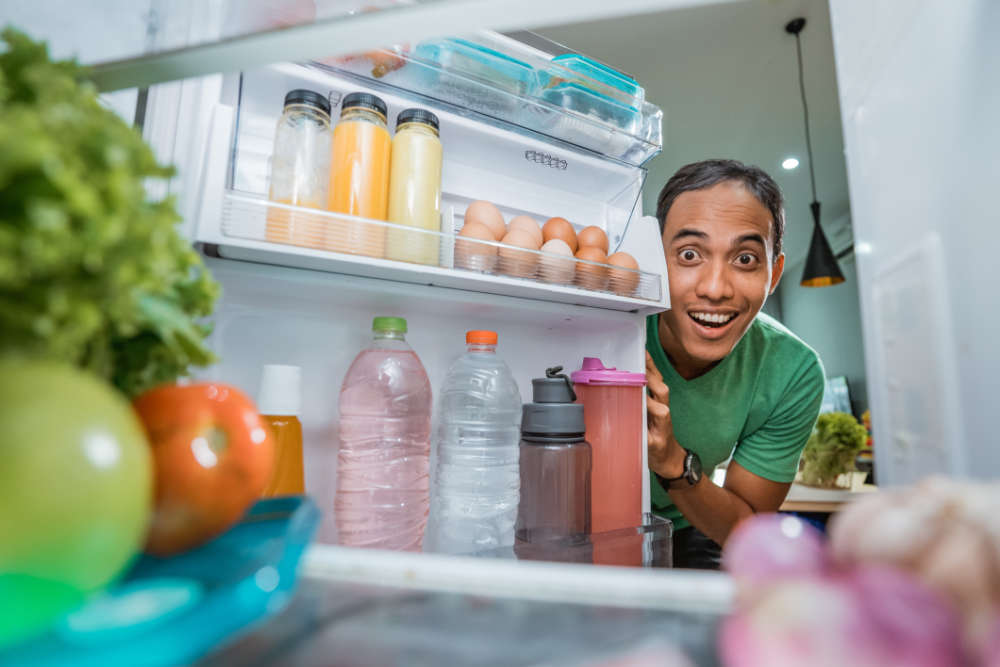