How Can a Dentist Tell if You Vape? Will Hiding It Help Your Health? 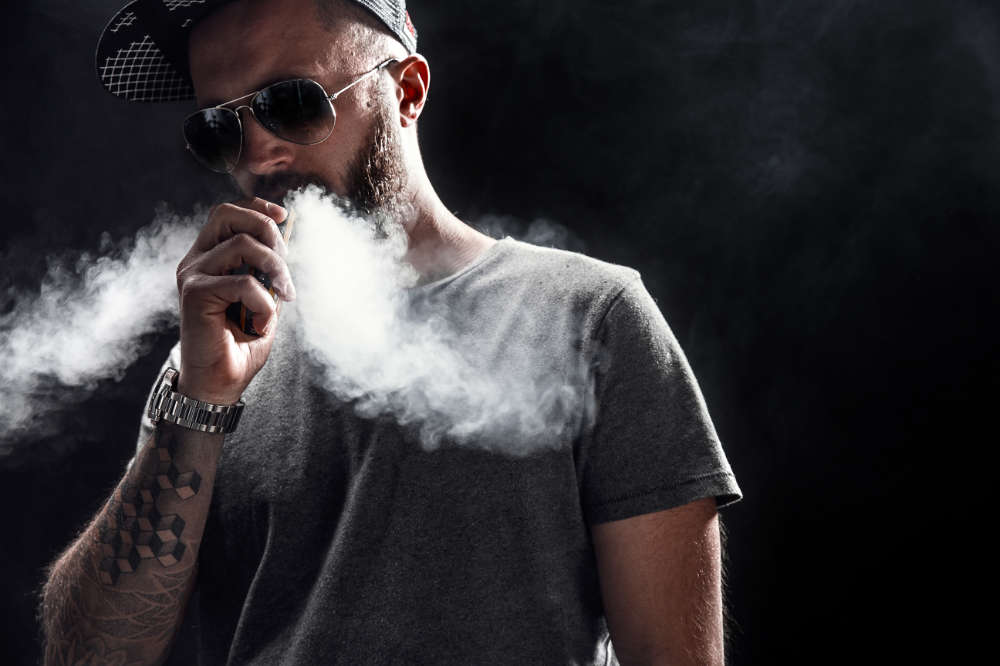 A common myth in recent times is that vaping is entirely harmless. Many young people now vape since it is said to be much better than smoking. However, you may wonder about the effects of vaping on your dental health and whether your dentist can tell if you vape.

Your dentist can tell if you vape by looking at the stains on your teeth. A frequent vaper will also have a dry mouth, which is another telltale sign—hiding that you vape from your dentist will not help your oral health.

While there are differences between vaping and smoking, some similarities between them can give you away to your dentist. Keep reading to explore how your dentist can tell if you frequently vape and the effects vaping has on your health.

Your oral health is significantly impacted by vaping. The vapor used in vaping doesn’t contain tobacco. However, the nicotine presents some telltale signs easily recognizable by your dentist. There are certain signs dentists look out for when they want to confirm if you’re vaping, such as the following:

With these many signs, it will be easy for your dentist to know if you use e-cigarettes.

Will Hiding Your Vaping From Your Dentist Help Your Health?

Hiding your vaping from your dentist will not help your health and is only detrimental to your oral health. It may lead to a misdiagnosis from the telltale symptoms while leaving the actual side effects to fester.

Vaping has many effects on your gums, teeth, and mouth. These effects include:

These symptoms can be caused by other factors and may require different treatments for each factor. Your dentist can also recommend certain practices to help protect your teeth and gums from the adverse effects of vaping, but that is only possible if you let them know.

Vaping arose as an alternative to smoking. Smoking is quite dangerous, but the smoke from vaping also contains about 7000 chemicals, with over 70 of those being able to cause cancer.

Many smokers have tried to stop smoking, as it affects most of the vital organs in the body. So, some vape instead to ease their transition to total abstinence.

Although vaping may pose fewer health risks, it still involves nicotine delivery into your body. This delivery has negative effects on your gums, teeth, and oral health in general.

When used orally, Propylene Glycol degrades into an acid that damages your enamel. Vape juice also contains propionaldehyde which acts as an irritant when in contact with soft tissue.

Vaping Is Not Good for Your Body

Vaping involves heating a liquid into vapor without changing the chemical composition. Then the vaporized product is inhaled through an electronic vaporizer known in some circles as an e-cigarette, giving a feeling similar to smoking.

Although there are similarities between smoking and vaping involving nicotine use, there are also major differences. Smoking delivers nicotine into your lungs by tobacco combustion, while vaping heats the liquid before delivery.

There has been extensive research on smoking, confirming its numerous health dangers. However, vaping isn’t entirely harmless, either. Though the long-term impacts are considered to be less than smoking, there are still negative effects.

Both smoking and vaping are addictive, but a study conducted in 2019 has shown that e-cigarettes containing nicotine have a higher potential for addiction among young people.

How To Prevent Gum and Tooth Damage From Vaping

The first thing to note is that vaping isn’t good for your teeth, so the best option would be to cut it out entirely. If that’s not an option for you, there are other ways to minimize the side effects of vaping, as follows:

Vaping might not be as dangerous as smoking, but it still has several negative impacts. Though seen by many as a safe alternative to smoking, you would do well to ignore misconceptions that vaping is wholly safe.

If you do vape, make sure you maintain proper oral hygiene. Also, ensure your dentist is fully aware because hiding it could be detrimental.